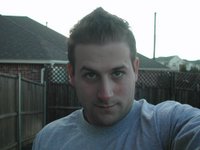 You may not know this but my husband, Frank, has a lot of theories—some make sense; some not so much. I’ve been wanting to share these with you for awhile but the problem is, most of them are of a well, potty nature. He’s sort of a potty philosopher. Today I’m going to share a few with you but don’t worry, I’ll take out the crap.


On the weather:
You know how you feel like you always have to choose whether you like hot or cold? I think this is silly because nobody likes the extreme of anything. Well Frank has a strong opinion about this: He likes cold better and you know why?

“You can always put on more clothes but you can only take off so many clothes.”

So if you’re cold, you can continue to add clothes, add layers, add blankets…there’s really no end to how much you could pile on if you’re cold. But if you’re hot, you can only take off so many clothes and then you’re naked. Then what do you do? You’re naked and sweaty and that’s just gross. Thus Frank believes that cold is the superior of the weathers.

On tipping:
There are several theories here:

“Why tip if the person’s not gonna see it?”

“Why tip on a beer? There’s nothing the bartender can do to make your beer better.”

“I can’t wait for those dollar coins to start becoming more mainstream. That way I can put a quarter in the jar and they’ll think it’s a dollar.”


On Boy Meets World:
I don’t know if this is a theory as much as it is a pet peeve. For some reason in the later episodes of the semi-hit series Boy Meets World, Topanga and Cory always say that they have loved each other since the sandbox. They act like they’ve basically been dating since the 1st grade. But if you watch the earlier episodes “Topanga wasn’t hot” as Frank says, “She’s a freak who wears a cape.” Frank isn’t quick to get angry but just say something like, “Cory’s always loved Topanga; she’s the girl next door” and watch him get pretty steamed.


Okay, one Potty Theory:
Lately we’ve been eating a lot of asparagus but whenever I make it for other people someone always says, “It makes my pee smell.” When I was planning on making it for my book club Frank offered this: “If anyone says they don’t want to eat it because it makes their pee smell, just tell them ‘well, it smells better than regular pee, doesn’t it?’”

Maybe it’s love, maybe I’ve lived with him too long or maybe I’ve watched too many episodes of Boy Meets World but I gotta tell you, a lot of the Frankosophies make sense to me. But then again, I could just be sheltered. I mean, I am buried under six layers of clothing and seventeen blankets since Frank won’t let me turn on the heat.
Posted by Writinggal at 9:41 AM

I've actually heard David say the exact same thing about the weather. Maybe it's a Simcikosophy...

I totally agree with the weather theory. Seriously, you cant get naked here in Vegas unless you are a stripper.

There's this whole other Simcikosophy about "pretending" the temperature is something that it's not but I've never understood that one. I have a big imagination but I can't fake my toes defrosting!