We did it! We got ourselves a dog. We have all had dog fever for awhile now and have been perusing the internets for just the right rescue dog. We'd find one, email about him/her, and often the response would be, "Rex is great but..." isn't good with kids, has a major squirrel thing or is missing one leg.

We weren't ready for a project.

Then we saw "Peanut." 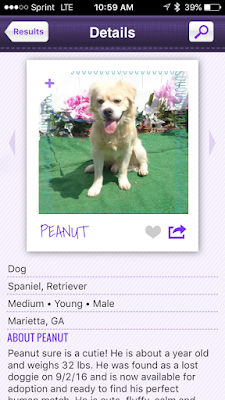 How could we resist? I went to the shelter where he was bunking and he was as sweet as the description said. I called Frank who said, "We don't have a lot of time to search for a dog. If he seems good, just get him."

The shelter peeps had said that they would keep him there a couple of days to get neutered and microchipped. However, they were backed up with neuterings so they said, "You'll have to take him today."

I was mildly panicked, but only because I was thinking, "I better get some dog food."

Ha, dog food. Like that's all I would need!

I had NO IDEA how huge a responsibility it is to get a dog. Besides the training and extra time it takes to take care of one, here is a list of all the things you "need."

We are all set!

While he has been cute and sweet from the get-go, it wasn't an instant love connection. In fact, I even made some efforts to "re-home" him. See, I wasn't particularly fond of having poop and pee in my house (and having to take up all of my rugs!). I also wasn't in favor of taking a dog out on a leash to go potty--I'm not exaggerating--21 times per day! I think most of my re-homing efforts took place on the sixth day, when Gus let the dog out and Smitty got a hold of one of the full poop bags with his mouth, flung it from side to side causing poop to fly all over our front porch. I may have sent a text to Frank saying something like, "I am done. Done. Done. Done. I can't live like this!" There were so many tears that first week.

He must have heard me making plans to find him another home and realized, "Hey, I've got a pretty good thing going with these fools" cause he stopped pooping and peeing in the house.

So instead of re-homing him, we will be his "fur-ever home."

Here are some pics of our first two+ weeks with Smitty. (Oh, and we got his name from another rescue dog that we had inquired about. He had only been Peanut at the shelter for a week so we figured it was okay to change it.)

Our first meeting at the shelter! 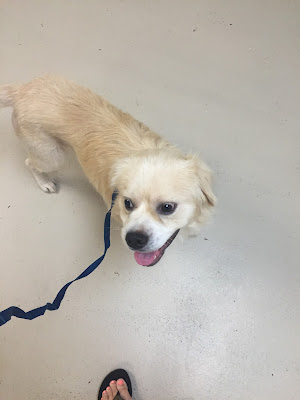 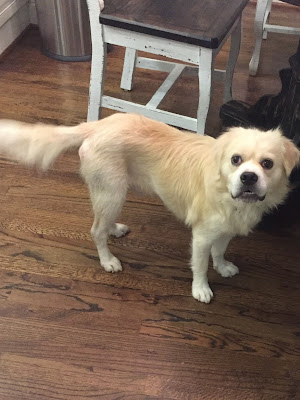 Learning to love his crate 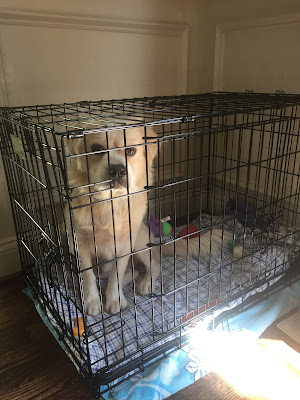 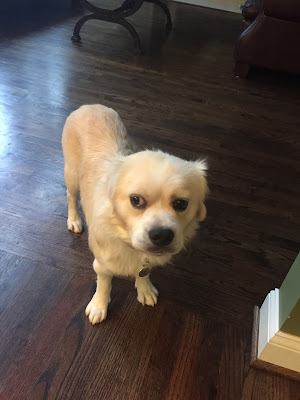 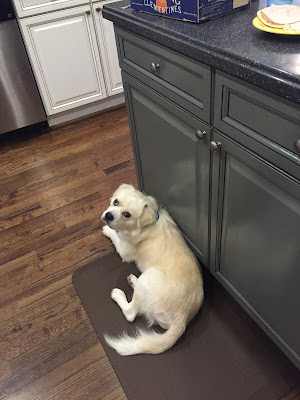 Getting a rare gentle pat from Gus 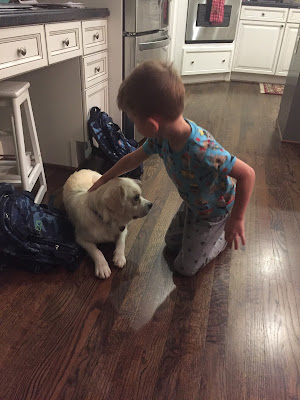 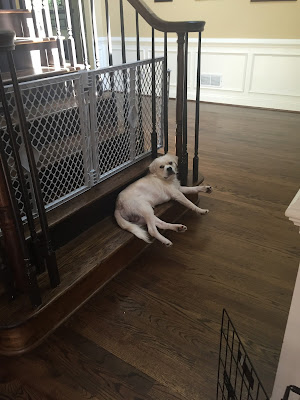 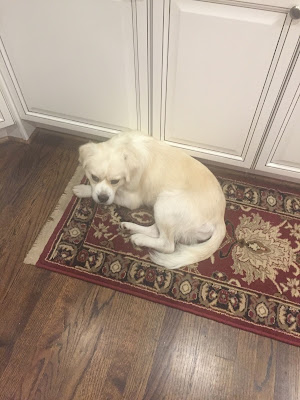 We knew we wanted to red shirt Gus. But what to do with him while we wait around for Kindergarten? I thought about forgetting preschool and just doing a year of finger painting at home. But then I remembered I'm not crafty and I don't even like doing his "popcorn" words with him.

Luckily, there were enough kids in this same situation so his preschool offered a "Young 5's" class. There are nine kids and one teacher! I'm so happy about this situation for Gus--small class, half day. It's a good way to spend this gap year.

He was excited that he knew almost all the kids in his class from last year!

Some pics are from "Meet the Teacher" day and some are from the First Day...just in case you thought I have my kid do wardrobe changes throughout the day. 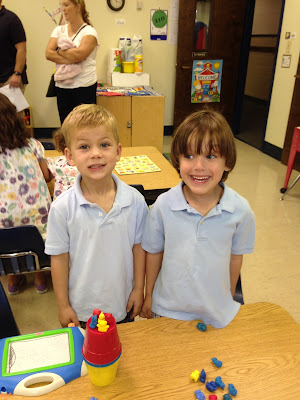 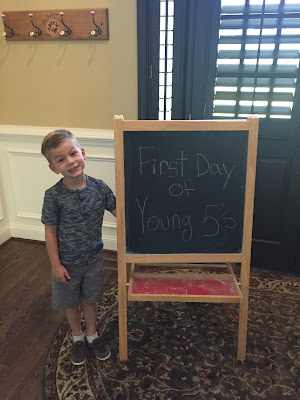 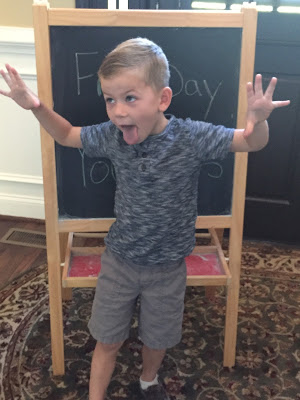 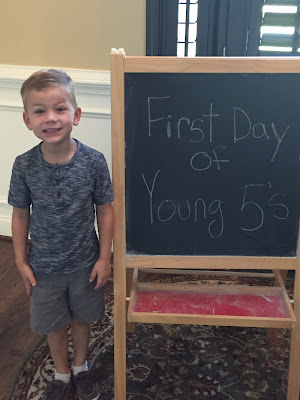 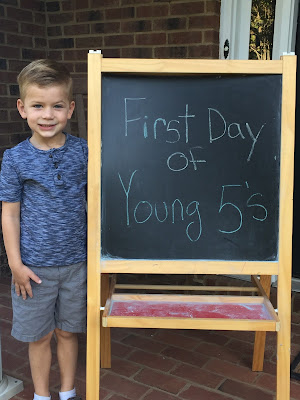 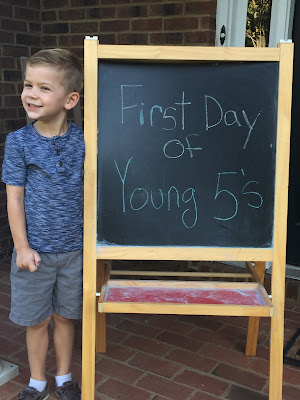 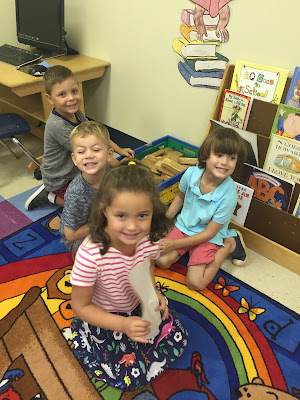 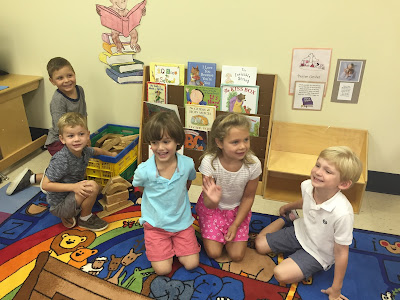 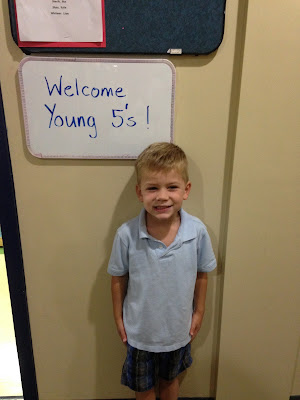