NO, I don't want to help orphan children with rare diseases!

When I used to go to the grocery store it went like this:

"That'll be $135.62." Insert card in chip reader (well that's different, but I'm getting used to it), and then, instead of handing me a receipt, the cashier starts judging me:

"Are you a nice, charitable person who likes to help others or are you a selfless, greedy bi#c$? I mean, I see you can afford five bottles of wine that aren't even from the lowest shelf, they're from the SECOND to lowest which is where the fancy people shop! Oh, and this mac and cheese? You just HAD to get Kraft that's $.80 more? We have a Kroger brand that is just as good, that is, if you're not a mac and cheese SNOB."

I know. It catches me off guard too. Oh, the shame!

I did say yes for awhile. Cause it IS just a dollar. But I've grown tired of it. And now that I am saying "no" it sounds really mean.

Cashier: "Would you like to donate a dollar to help find a cure for juvenile diabetes?"

Since I started saying no, most cashiers don't say anything; I can just feel the tension of judgement in the air after I say it.

But then, someone did say something. At Jiffy Lube. Yes, even at Jiffy Lube they hit you up! Nowhere is safe.


"Would you like to give a donation so that kids with muscular dystrophy can go to camp?"

"Really? You're the first person today to say no."

"You know, I'm just getting a little tired of always being asked to make a donation every time I buy something. I actually already give a lot to charity."

She said, "Well the other people probably gave because of this coupon book you get if you give $3."

I am DONE with these grocery store/drug store/oil change place donation requests. But still the issue remains: How can I say no without looking like a total b*t#h?

A friend gave me a great response: "Not today."

Because today BOTH kids went to real, big kid school. Gus started kindergarten! And since we waited an extra year to send him, he was more than ready to go.

Here are some pics from this epic FDOS!

Gus, the night before Kindergarten, putting his "ready confetti" from his teacher under his pillow. He commented that "Donald Trump doesn't need this because he has already been through all the grades." 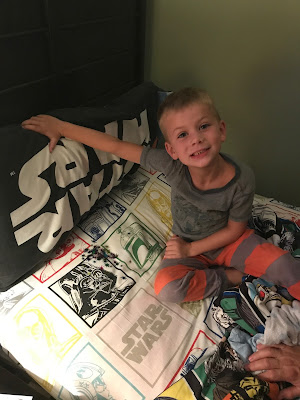 Both boys ready for school--Smitty wishes he could go to dog school. 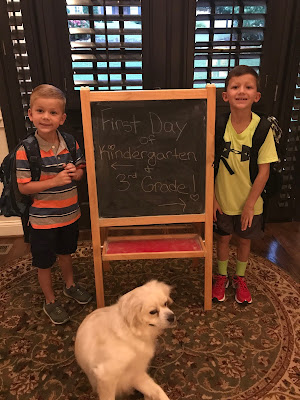 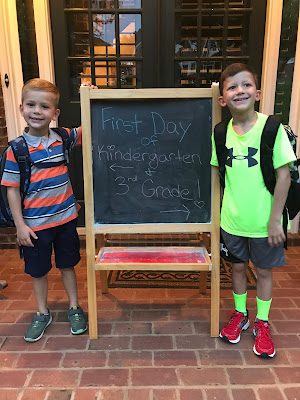 I'm gonna be honest. Gus was just adjusting his backpack here but I blasted it on social media like he was all, "I've got this! Woo hoo!" 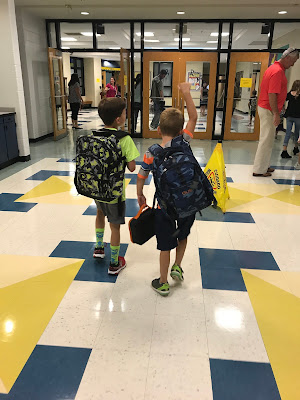 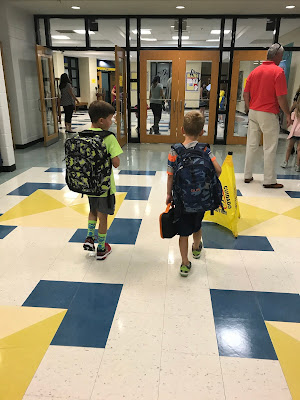 Gus LOVES going to the same school as Leo! 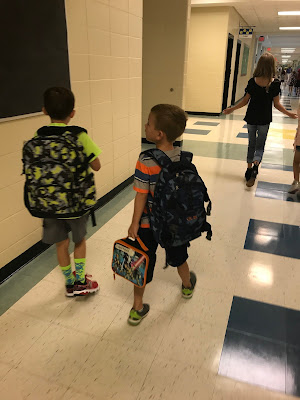 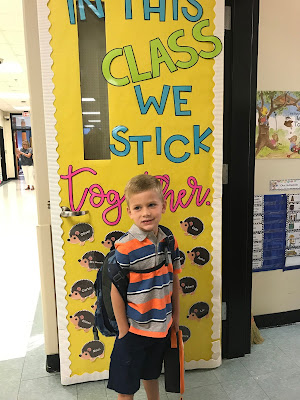 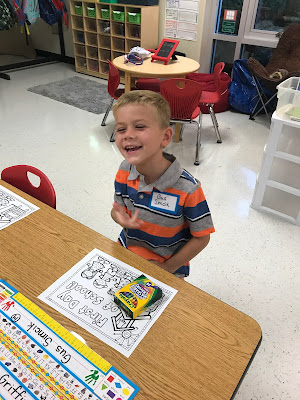 Gus cooperated for the pictures...until he didn't. 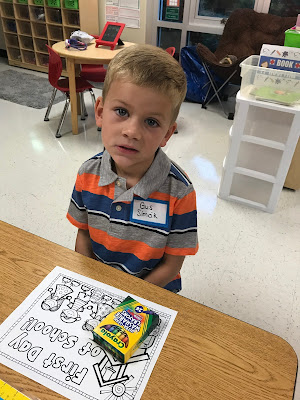 All smiles after school! 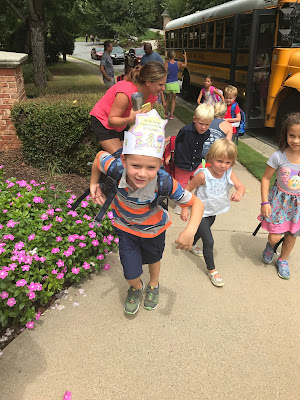 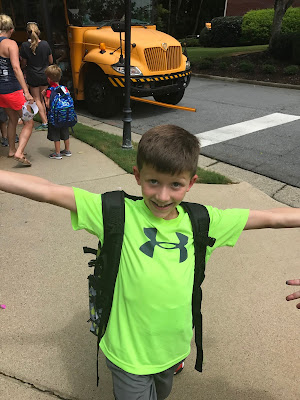 With his kindergarten buddies at the bus stop 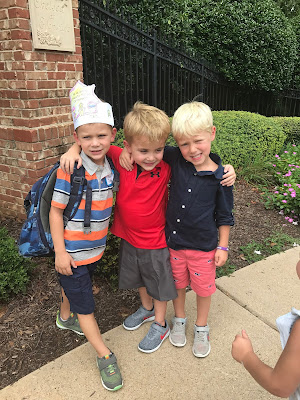 And a little Twitter update from Gus' Kindergarten teacher! 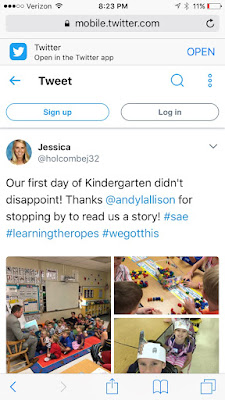