In Atlanta and in Dallas, we are prepared for an annual snow or ice day. Schools close. We dare not drive. We bust out the winter coats, hats, gloves and boots that we have purchased for such an event. Most of us even have at least one sled. If not, we use laundry baskets.

But last week in Atlanta we got LOTS of snow. More snow than I have seen outside of Colorado. I heard different reports so I don't have an accurate inch count. But let's just say it was somewhere between seven and eleven inches of snow.

We did all the usual things but it was even more fun because the snow was powdery, not icy. And oddly enough, it wasn't horribly cold. Another cool thing about this snow (besides the amount of it), was the fact that it happened in December, so the snow mixed with the Christmas decorations made for postcard-like pics. However, we were so busy in the snow that I don't have tons of pictures. But I give you this photo dump of the few I do have so you can see (and I can always remember) Snowmageddon 2017! 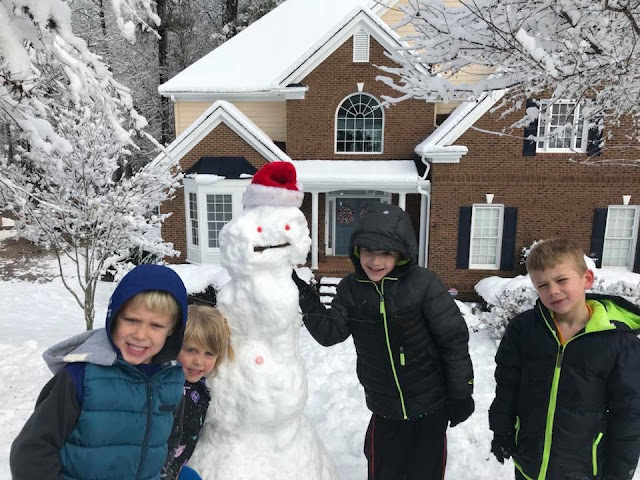 We made a LEGIT snowman. 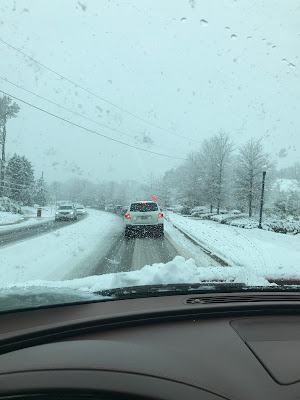 Driving was a little treacherous, especially when you are trying to take pictures. 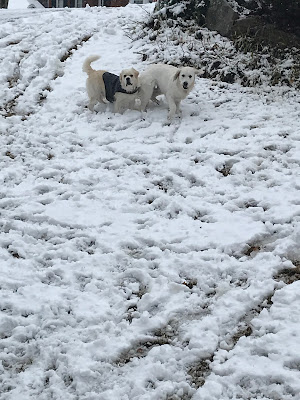 Smitty has seen snow once before but Luna (our neighbor's dog) was a snow newbie. 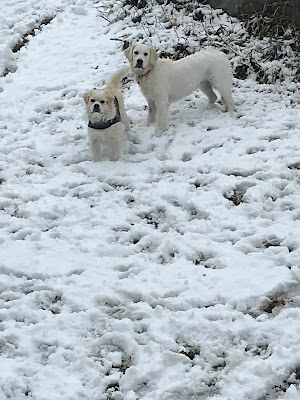 They both loved it. Smitty wore his "Thunder Coat" just in case. 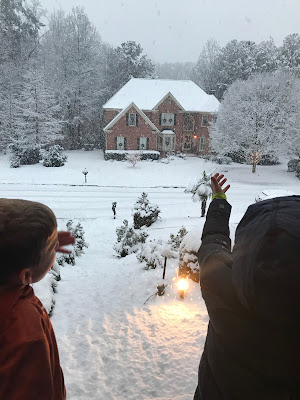 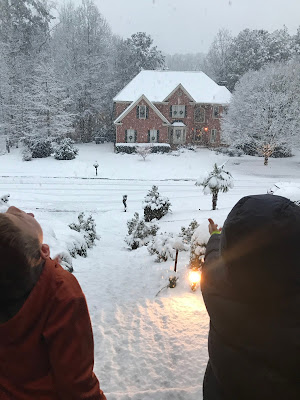 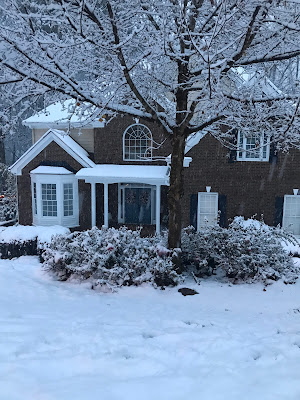 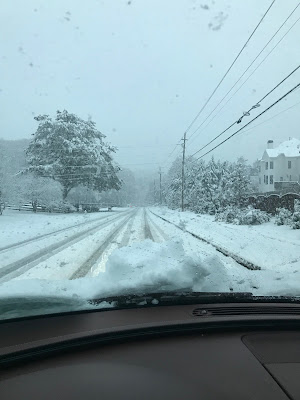 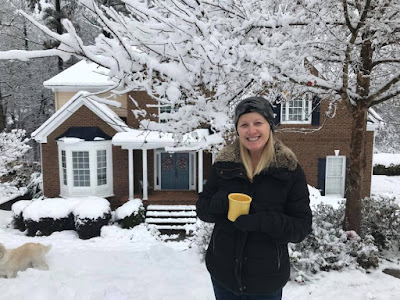 Me, a regular snow bunny. 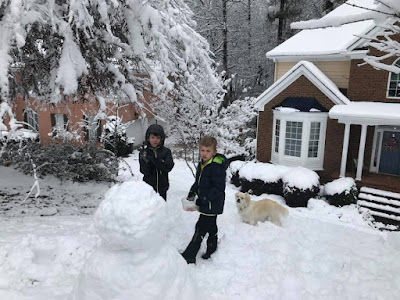 Working on their snowman 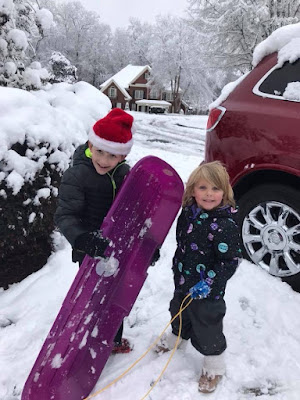 Ready to take a sled ride with neighbor Dylan. 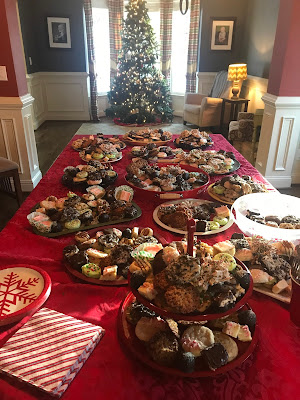 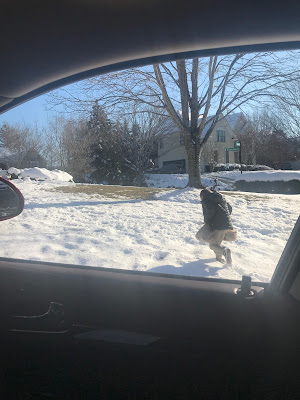 Gus delivered luminaries to neighbors (uphill in the snow both ways!) 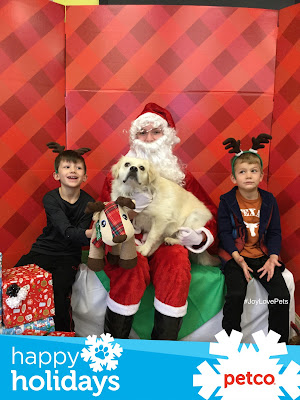 This was the weekend after the snow but had to include Smitty meeting Santa.