With the seventh episode of Star Wars set to hit theaters in only six+ months, we are in FULL STAR WARS MODE around here. It's all Star Wars, all the time. Gus is a major fan and he is not even four. In fact, we are having a Star Wars/Summer theme for his birthday party. I am re-using some of the things Leo had for his SIXTH Star Wars birthday. I tell ya, the fans get younger and younger.

We went to Target to buy some floats for the pool last week and they went bonkers over these Stormtrooper kick boards. And then of course we couldn't pass up the Star Wars t-shirts. Three funny things about these:

1. They are wearing the same size.

2. They begged to put them on at the store and I made them wait until we paid. Then they took off their existing shirts and changed right into these by the entrance of Target.

3. They wore them all weekend and Gus already got a hole in his. I was able to exchange the dirty, tag less, shirt with a hole in it for a new one! (The boys are lucky their mom is Target's #1 customer.) 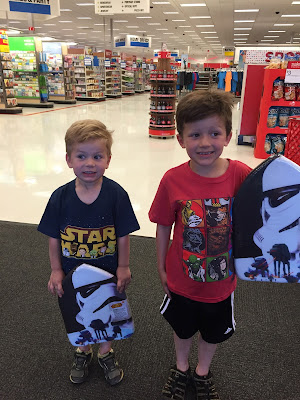 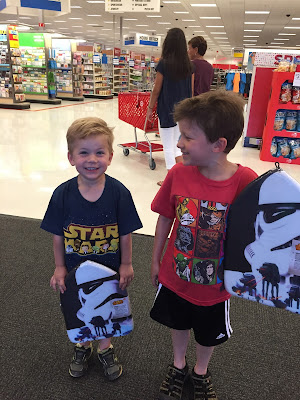 When we bought this gear the cashier said, "Oh, Star Wars…Luke Skywalker, Dr. Spock…" (Um, isn't Spock from Star Trek and isn't Dr. Spock a parenting expert? I can totally think snide comments like this because I am becoming a Star Wars expert myself. But this wasn't always the case.)

They are also crazy for these Star Wars graham crackers. Sometimes they even eat them!

Today I bought more Star Wars accessories for Gus' party. Cause let's be honest, I didn't really save that much from Leo's. Somewhere in a mansion overlooking an infinity pool, George Lucas is chuckling laughing with his servants at us. 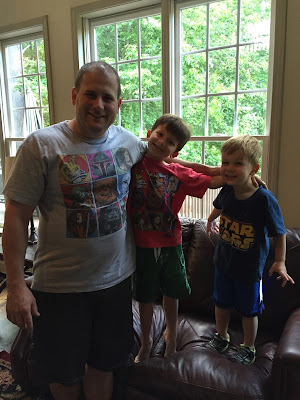 Leo had an awesome birthday party with a magician who knows how to crack up 5-7 year olds. Everyone had a great time and bonus: I kept them all contained in our basement and backyard! That was on May 2nd, then on May 22nd, Leo had his last day of Kindergarten.

For both events, he wore his favorite "Kindergarten is Awesome" t-shirt, of course! 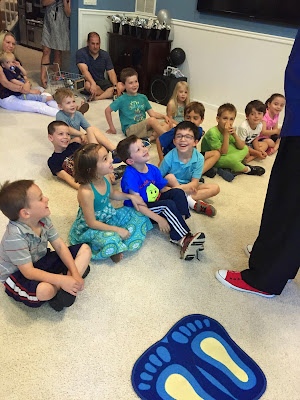 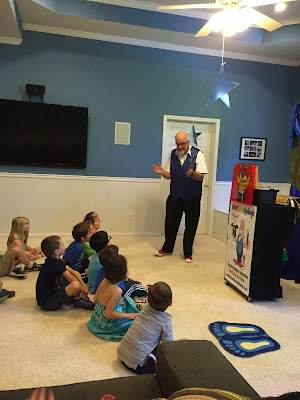 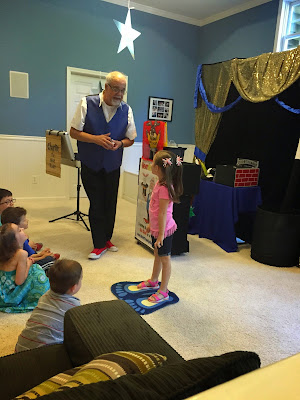 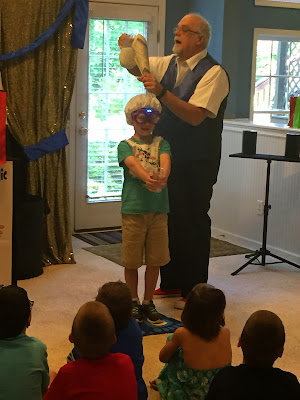 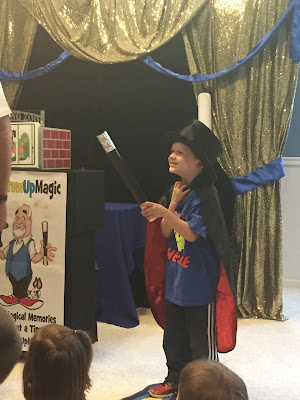 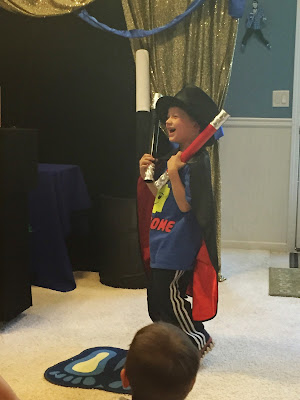 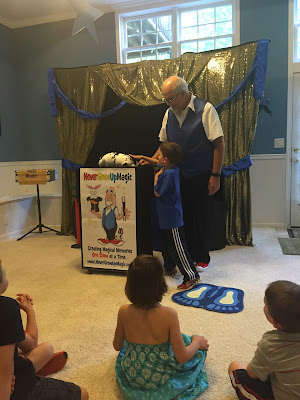 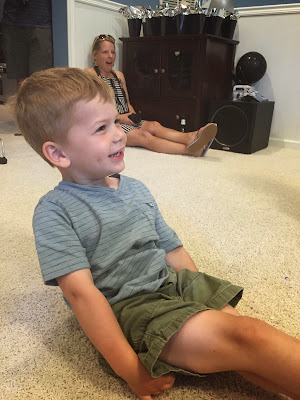 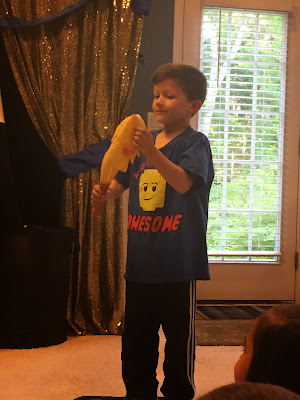 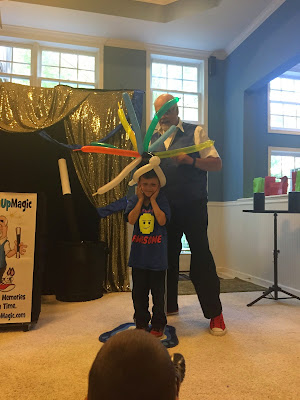 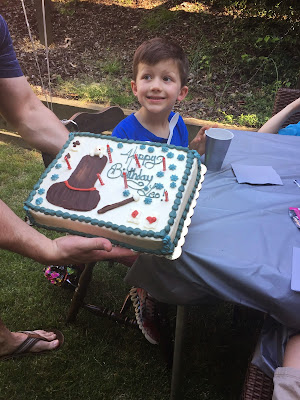 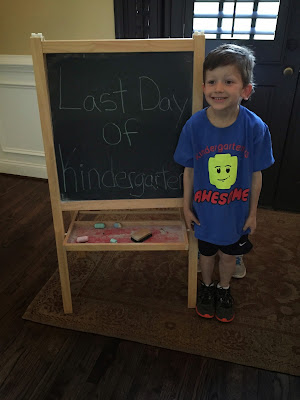 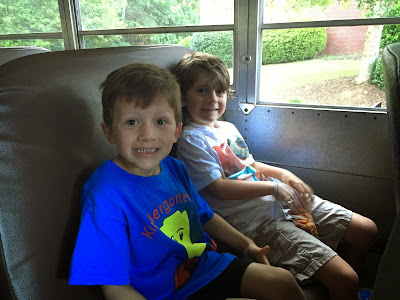 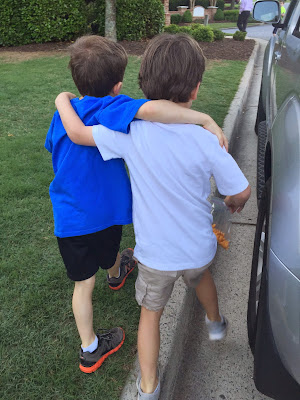 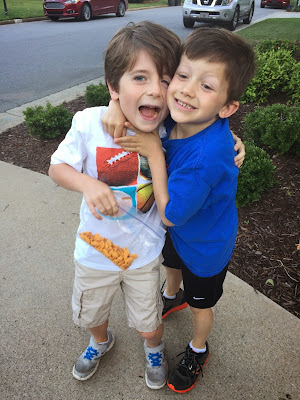 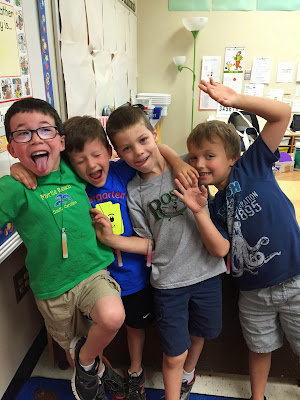 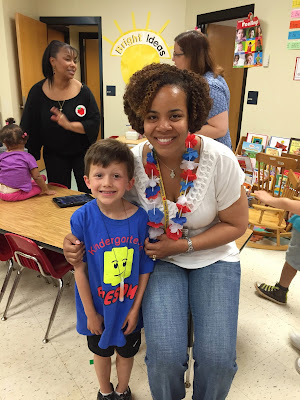 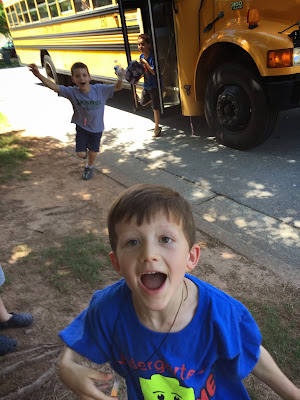 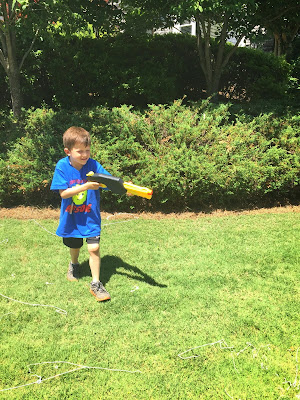 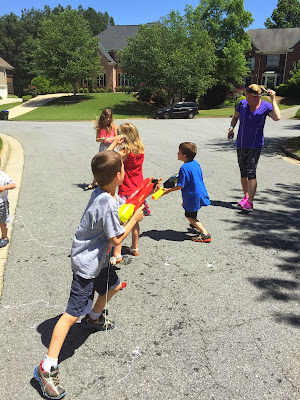 Wow, it's hard to believe that Leo has been driving us crazy making us laugh for seven years. Here is what he had to say during an in-depth interview: 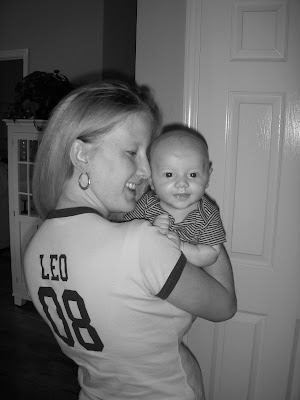 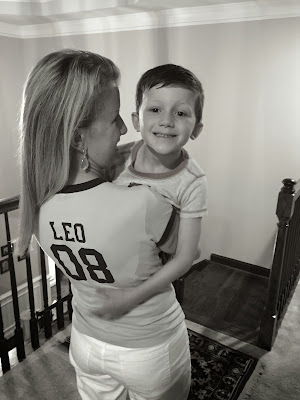