After a little over a year of Occupational Therapy for Sensory Processing Disorder, Gus was discharged! He really has come a long way in that time. I was looking at some notes from last school year (in the 4's class) and he was a hot mess--very distracted, playing too rough, running into things...

But after a year of bear crawls, yoga and fine motor skilled crafts, he is so much better. It is hard to explain the shift (and I saw it in Leo too since he did OT for SPD a few years ago), but it's like these kids become more comfortable in their own skin.

Here is Gus with his Occupational Therapist on the left and the OT intern on the right. 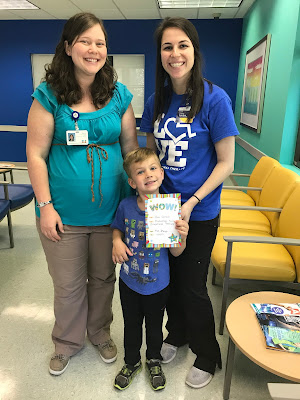 During the last eight weeks, they worked with him on a program about "the engine." They helped Gus understand how to make his engine "just right." Kids with SPD have trouble with regulation so sometimes his engine is too high (hyper, too silly, squeezing people and things too hard, running into things) or too low (walking really slow, dragging...) There are all sorts of ways to change your engine: doing yoga poses, hugging yourself, fidgeting with something, sucking through a straw, listening to music and even different types of food affect your engine.

So now we say to Gus, "It seems like your engine is a little high. What can you do to make it just right?" Even Leo and Gus' teacher have started saying it!

Here is Gus in action on his last day. They usually do an obstacle course (starting with the bouncy), yoga poses and then move into a little room where they do writing and a craft. It sounds pretty basic but it is all very scientific and believe me, it works! 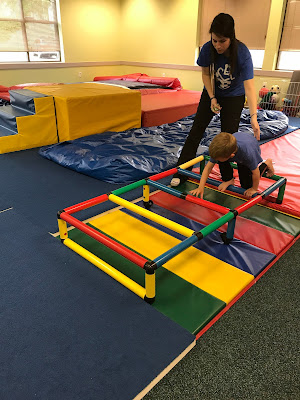 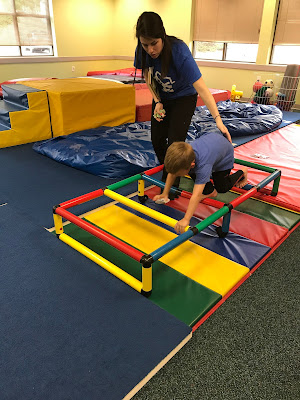 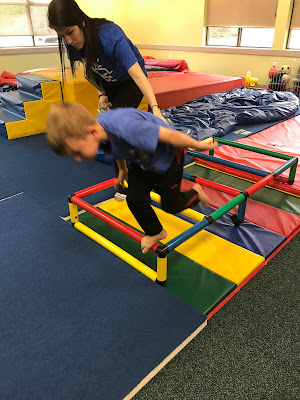 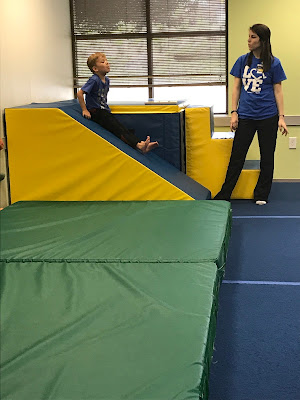 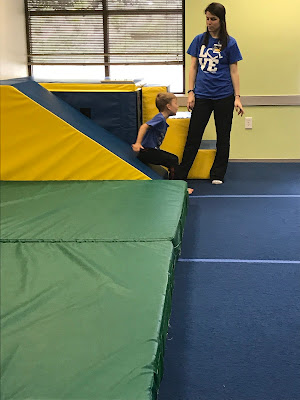 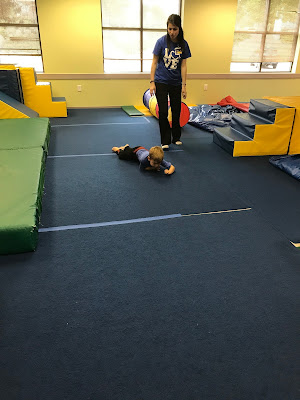 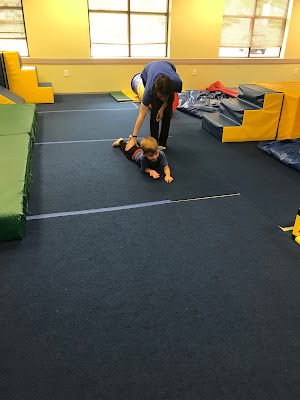 He still doesn't always know where he is in space and has motor planning issues but I feel like, at this point, I have at least a community college degree in Occupational Therapy and can take it from here.