Things Overheard at the Pig Pickin' 2007 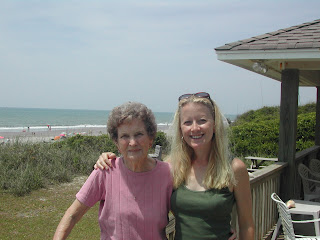 Yep, we went again this year and collected plenty of blog-worthy lines. Remember to use your best North Carolina accent:


Grandma: “I can’t hear a word you’re saying! It’s gotten to where I just can’t hear at all anymore....but I figure I’ve heard enough.”

At KFC where we stopped to get “a snacker.”

Grandma: “We like to get these little snackers…you have to try a snacker.”
Elsa: “What if I don’t want a snacker?”
Grandma: “Well, you’re gonna get a snacker!!”
Frank: “I’d like to try the Buffalo snacker.”
Grandma: “No!! You get the regular snacker. You don’t need a fancy buffalo snacker.”
Aunt Mary: “Oh, Lib. Let him get the buffalo snacker. It’s the same price.”
Grandma, to the people in front of us: “What’s taking so long?”
KFC patrons (who have been trying to act like they don’t hear our snacker debacle): “The credit card machine is broken.”
Grandma: “You mean they can’t add two and two? They have to have a calculator! The calculator breaks and nobody can do anything!”
Elsa: “I agree. Look at all that chicken and we can’t have any because the calculator’s broken.”
Grandma: “What? You want chicken? NO! You’re getting a snacker!”

While eating the snackers:
Grandma: “Elsa, what are you doing? You just ripped your sandwich in two! That’s not how you eat a snacker! You have to hold the whole thing in one hand.”
Elsa: “Only my grandma would tell someone how they have to eat a sandwich.”
Grandma: “You mucked it up! That’s what we used to say in my day. You mucked it up!”
Elsa: “We say something similar now.”


Elsa, to Grandma’s neighbor, Pete: “Oh, you got a new dog. What’s its name?”
Pete: “Well, I’m not sure. Let me think about it.”
Elsa: “You don’t know your dog’s name?”
Pete: “No, I know it. Let me think…it’s something like Crystal.”
Elsa: “Maybe it’s on its tag…”
Pete: “No, it doesn’t have a tag…let me think.”
The little yorkie stares at Pete with its head tilted.
Pete points at the dog and yells, “WHAT IS YOUR DAMN NAME?”
We ended up calling Grandma to find out. Her name is Cricket. Grandma will never let Pete hear the end of this. But for the rest of the weekend I would point at people and yell, “WHAT IS YOUR DAMN NAME?”

Elsa: “Grandma, you’ve got company in all your beds tonight. Where will you sleep?”
Grandma: “Oh, I’ll sleep around.”


Aunt Mary: “Frank, you must be really smart.”
Grandma: “He IS smart. And you know what else? He seems to think Elsa’s smart too.”

Grandma: “Did you hear that? HE said that HE was going to make HER breakfast. I’ve never heard of such a thing!”

And the last thing Grandma said to me when she dropped us off at the airport:
“Goodbye…don’t let your boobs slip out.” 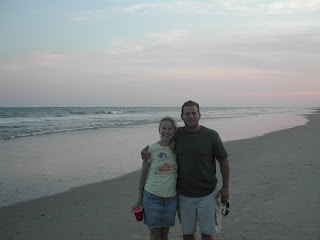 You're a "good eater," Scott so she would like you.

But what if Scott doesn't like grits, or wanted a "fancy snacker", that would be a "DEE-SASTER"!

That's true. It would either be a Dee-Saster or possibly a ric-a-ma-roll.

omg, i want to come to the pig pickin' sometime too!!! invite me, invite me!!
I still use "add some party to your cup" from last year

I think it was actually "add some fun to your drink" but I like "Party to your cup" also. You made it your own!