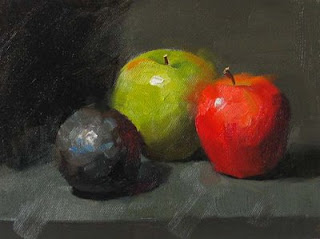 Every week we get this email that explains what’s going on in my tummy. It describes how the baby’s growing, what I should be feeling and what to expect for that particular stage in the pregnancy.

Frank and I really look forward to this email every week because of one part: the first sentence that compares our baby to an item from the produce department. BS started out as a sesame seed and quickly grew to other exciting beans like kidney and lima. It’s been a kumquat, a turnip and a lemon.

When we got to apple, we were stoked. That was big. Like if I had to hold an apple for an hour, that would get tiring. A kumquat, I could hold that for like four hours. So we cheered for the apple but didn’t consider naming our baby after it a la Mr. and Mrs. Chris Martin.

But then the next week, a big let down. We went from an apple to an avocado. An avocado? I think that’s smaller than an apple. And at the very best it’s the same! After getting that email I actually stood in the produce section, holding up an apple and an avocado. The avocado, in this case, was indeed smaller than the apple.

So this week if Frank approaches you with something like, “Whaddya think is bigger? A carrot or a stalk of celery?” you’ll know why. And hey, what do you think of the name celery for a girl?
Posted by Writinggal at 11:02 AM

I vote that you hold out for the "sweet potato" phase. That would make an awesome name!