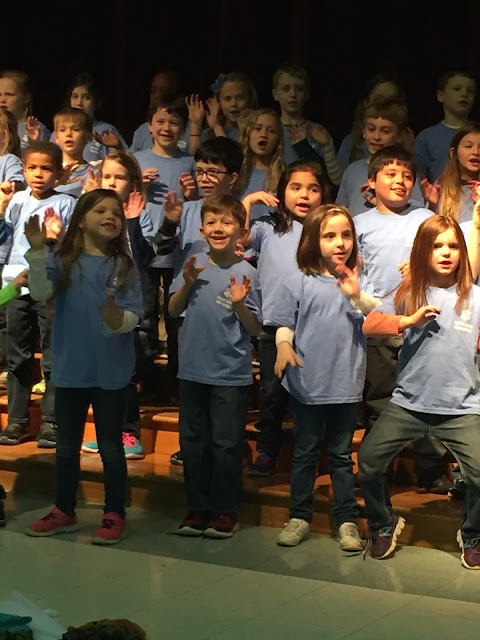 Either way, it was cute and Leo actually sang some of the words this year. (Last year he just did the old "watermelon"trick).

Be sure to watch Leo's featured performance in "Get out your umbrella." Oh, and sometimes I am panning over to our friend Aiden, since we had a good view of him too. 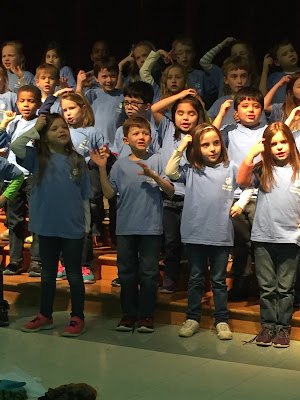 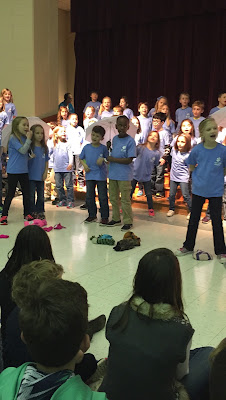 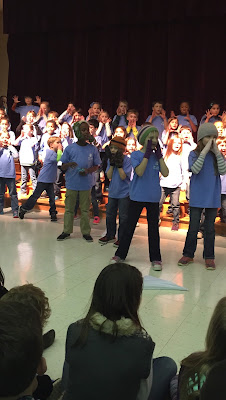 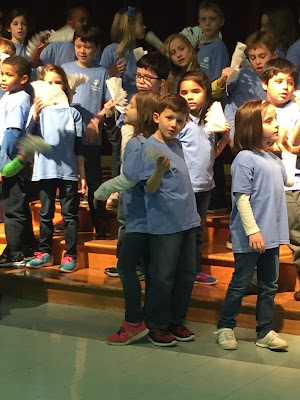 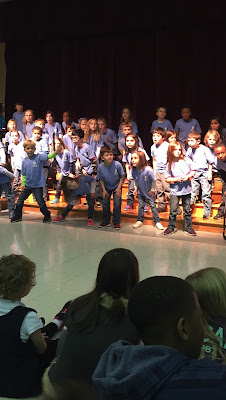 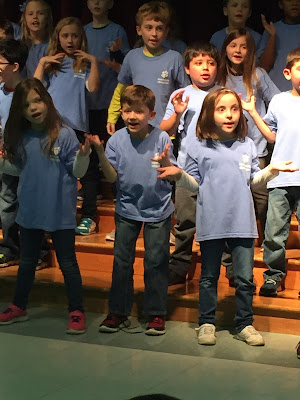 Gus says (and does) the Darndest Things 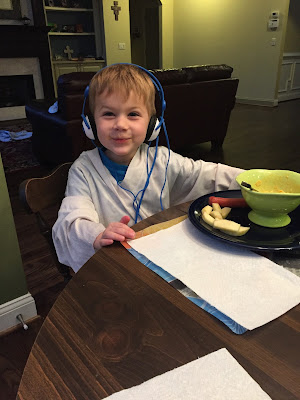 Gus is in a fun phase--at least I hope it's a phase--where he is disgusted by the sound of our chewing. So much so, that he prefers to eat at different times or in other rooms from the rest of the family. This concerns me, because I read a scientific research study that said that kids who come from families who have dinners together at least five nights a week are more likely to not be serial killers. (Okay, I just read that on Facebook and I don't think it said serial killers...maybe more likely not to work in the mall food court as a career).

So in the above pic we are trying a new strategy--letting him wear headphones at the table. If this does end up being a short phase (please let it be faster than potty training!) then I suspect that one day I will look at this picture and just think Gus was trying to look like a kid who really shouldn't be at Lollapalooza but whose parents at least were responsible enough to not let the loud music damage his ears.

And here are a few more of Gus' quirky/funny statements lately:

After asking about my wedding ring, Gus said, "I am really nice to you. And I love you. So why are we not married?"

Frank dropped me off at Kroger to run in and get the Redbox movie we had ordered. In the car Leo said, "What movie is she getting?" to which Gus replied, "It's a grown-up movie. It's probably House Hunters."

We were at Gus' G.I. ("the poop doctor") and I was making his next appt. for June. I commented that we would be coming back around his birthday and he said, "What?? It's my birthday?!!" And I said, "No, no, today is not your birthday. We are just coming back in June when it's your birthday." Then he said, "I'm having my birthday party here?!!" (I think he was excited about it.)

I just want to add to the above anecdote that I think it is funny how often my kids will ask towards the end of a regular day if it's their birthday. I'll reply with something like, "Yep. It's your birthday. And we decided to come get the free stale cookie at the grocery store." Obviously they have low expectations of their birthdays.

And lastly, today Gus got on the scale and demanded to know, "HOW OLD AM I?"